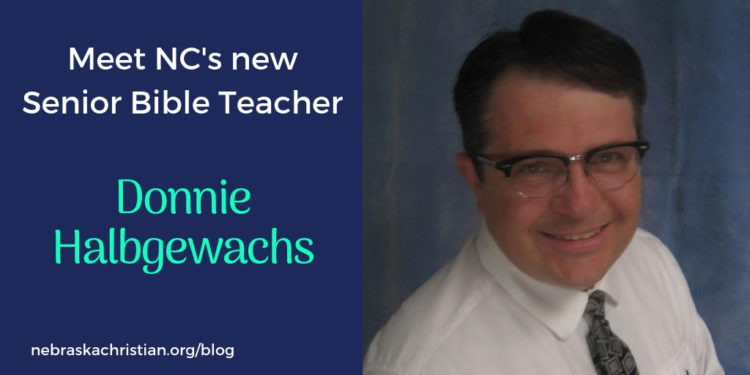 Posted by Carsyn Ostrand on September 5, 2018

One of the new faces on the Nebraska Christian staff for the 2018-2019 school year is Donnie Halbgewachs. He is serving as the senior Bible teacher and took the job just two weeks before school began. Halbgewachs is familiar to some of the students here at NC because he sees them on a regular basis at the church he pastors in Dannebrog, Nebraska. He is the pastor of the First Baptist Church, where multiple NC families attend. Senior Emma Kaczor said, “Having my pastor as my Bible teacher is really fun…except he likes to call on me a lot! I think it will be a very good and beneficial year for all of us.”

Halbgewachs graduated from Cozad High School in 1984 and married his high school sweetheart, Karma, at the age of 18. They have three children. Ethan, their oldest, is 24 and works as a police officer in Albuquerque, New Mexico. Their daughter Hannah is 20 and attends the University of New Mexico. Isaac is their youngest and is a freshman at NC.

After graduating from Cozad, Halbgewachs attended the University of Nebraska-Kearney and earned an education degree. Later on, he returned to UNK and graduated with an elementary degree. Throughout his career, he has taught at several different schools and then felt led to go to seminary. He is currently enrolled at Wheaton College.

Halbgewachs took the job at NC as the senior Bible teacher because “I really, really, really love to share the Gospel and tell others what God has done for me. I want to share it with everyone, anywhere I can.”

The senior class is eager to learn more about God this year and also advance their knowledge in apologetics, and they’re looking forward to learning from Halbgewachs. 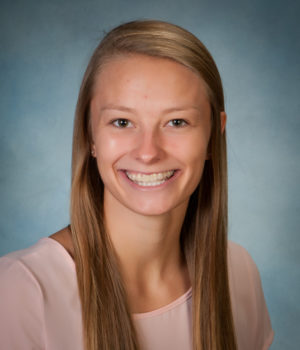 Teacher Feature: Amy Merchant
Back to the Blog
Game On: Elementary Plans for Great Year