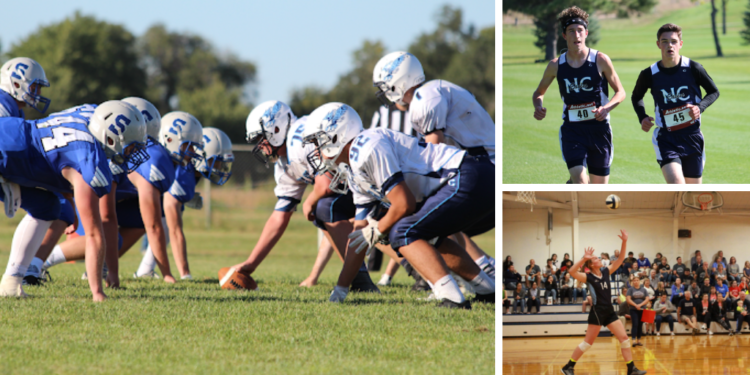 Catching Up with Fall Sports Teams

All of our fall sports teams are currently more than halfway through their respective seasons, so we thought this would be a good time to catch up with them!

The Nebraska Christian football team has played six regular season games up to the second week of October. In those six games, the Eagles are undefeated and have beaten their opponents with a combined score of 240-82. They are currently ranked in the top ten in Nebraska preps D1 division. When asked about the team’s success, running back Jake Twogood (12) said, “I think we play well together as a team and are motivated by the prospect of an undefeated season and possibly a few playoff wins.”

This is a very true statement, especially when Twogood talks about the playoffs as a motivating factor: the Eagles haven’t been eligible for the playoffs for several years, but the enrollment levels at NC mean that the football team can now look forward to the postseason.

The Lady Eagles volleyball team is currently 18-2, with the only two losses coming to Class B Hastings High and Class C1 Columbus Lakeview. The team has shown excellent teamwork and resilience in all of their games, losing only five sets through twenty matches played. The girls have transcended all expectations after losing three key seniors from last year’s successful squad, which placed fourth in Class C2. Grace Langemeier (11), explaining how the team retains their confident and winning ways despite losing so many seniors the year before, said, “I think the group as a whole expects to win games, and we are used to playing at a high level. Each girl has had to step up and take a new role this season, so we are hoping to get more wins and finish the season strong!”

Finally, the Nebraska Christian Cross Country team has competed in seven different meets, finishing with varying places, both as teams and as individuals. The team has a total of eighteen runners out this year, with twelve boys and six girls competing. At their conference meet in Burwell on Friday, the boys team won the meet, and the girls ran to a 4th place finish.

“Vigorous exercises bring us closer and closer together through encouragement in difficult times,” Garrett Nokelby (11) said when he was asked what brought the cross country team closer together as friends.

As the seasons are winding down, the football team is preparing for the district championship game this week vs. Ravenna and the regular season finale vs. Palmer next week, the volleyball team is counting down the clock until the conference tournament tonight and sub districts a couple weeks later, and the cross country squad is getting ready for the district race this afternoon. 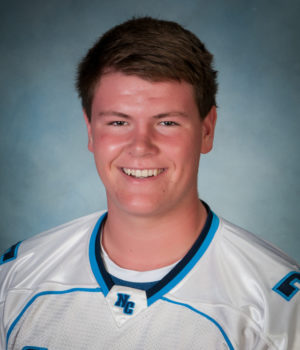 Seth Hower is a member of the class of 2020. He is the son of NC alums Jeff (‘88) & Daurice (Pizzolato ‘87) Hower. Seth has attended NC since preschool. He lives in Grand Island. Seth also participates in football, basketball, track & field, and band, and he is the junior class president.

Football Team Advances in Playoffs
Back to the Blog
Homecoming Brings Fun, Unity