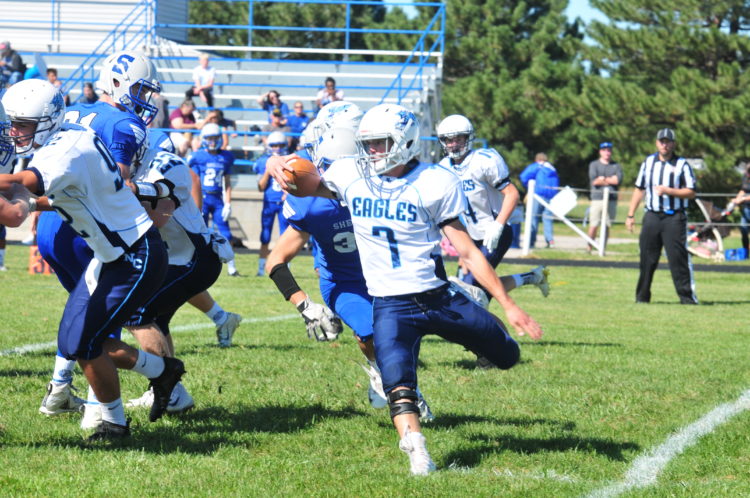 Every year, Nebraska’s best 8-man football players are selected as a member of the East Squad in the annual Sertoma 8-Man All-Star Football Game. We are honored to announce that after a successful football season, senior Jake Twogood was selected to play in the 42nd annual game as a running back. He said, “I’m grateful for the opportunity to play one last time. I know it will be a unique experience, and I will do my best to represent Christ and my school.” Twogood helped lead the Eagles in what turned out to be a great football season. The Eagles football team finished with a 9-1 record and made their way to the second round of playoffs. Twogood proved not only to be a great football player, but also a great leader. He is very deserving of this honor.

Along with Twogood, NC’s head football coach Carl Ostrand was also selected for this game. Ostrand will be an assistant coach for the East squad. The 2018 season was Coach Ostrand’s 12th season for the Eagles. The 9-1 season was the best season for the Eagles under Ostrand’s tenure. “This football season was special in the way in which our players developed good team chemistry and showed improvement each week. As coaches, we enjoyed practice each day and our senior leadership provided an excellent example for our younger players,” Ostrand said.

The game will be held on Saturday, June 15, 2019, at the Hastings College Football Complex.