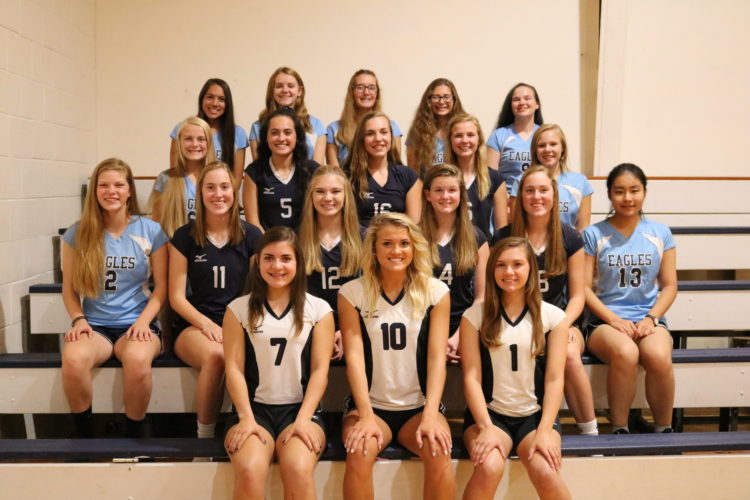 Posted by Sidney McHargue on September 10, 2019

Change is a good way to describe this year’s volleyball team.  With new head and assistant coaches, the volleyball team is dealing with a different set of dynamics. Former head coach Tonya Ostrand retired last year after the team’s second consecutive state appearance. The girls were sad but are excited for this year’s new coach, Amy Schreiber. “My expectation would be that each athlete would better themselves throughout the season. I desire to see each girl grow in their ability of the game but ultimately grow in their walk with the Lord through the avenue of volleyball. We are developing team goals that have each girl in the conversation to set our team expectations. Wins are fun, and we plan on doing a lot of it!” said Coach Schreiber.

This year’s team is a combination of veterans and inexperienced players, but that isn’t stopping them from growing closer together and playing their hardest. Sophomore Molly Griess put it this way: “Through volleyball this year, I’d like for us to grow really close as a team and to glorify God in everything we do. I want us to give 110% in everything, stay encouraging, and hopefully win some games in the process.” Hard work and perseverance are a common goal for this year’s team, but they all lead to one main goal, glorifying God. In addition, Stephanie Strobel stated, “My goals this season are to defend our conference title and make it our 6th consecutive year as Goldenrod Conference Champs. I’d also like to make it back to the Nebraska State Volleyball Tournament.”

The Lady Eagles opened up their season Tuesday, September 3, in a triangular victorious over Gibbon and Elba. The team next prevailed over Heartland Lutheran and Palmer in a quad. The team’s home opener is September 10, when the Lady Eagles will take on the Nebraska Lutheran Knights. 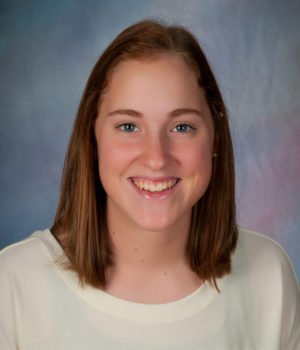 Sidney McHargue is a member of the class of 2022. She is an identical twin and part of a family of eight. She participates in volleyball, basketball, and track. Sidney enjoys spending time with family and friends.

NC Breaks Ground on Gymnasium Update
Back to the Blog
Join us for Family Fun Night!