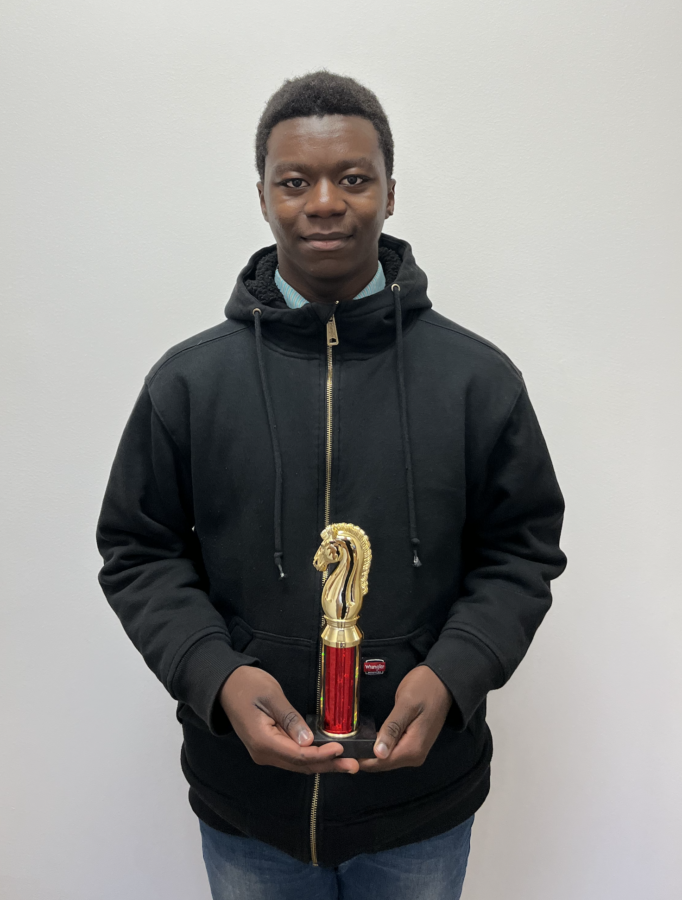 In November of 2022, NC junior classman Prisca Mbutshitshi traveled to Lincoln to compete in a chess competition, which brought together competitors from all across the Midwest. In his first ever official competition, he took on 5 different individuals, whose ages ranged from teenagers to grandfathers and everywhere in-between. He was able to show off his skills by defeating four out of five contestants, which allowed him to return to campus a champion. Throughout the interview, it was impossible to ignore the joy, excitement, and humility that exuded from Prisca while speaking about chess. It is very easy to see that he is deeply passionate about the game.

Prisca stated, “Chess is a challenge, but it helps me think, calms me down, and makes me happy.” Prisca only learned how to play chess between five and six years ago. He first developed a love for the game when his sister, Presilia (also a student at NC), took the time to teach him. “She still plays some,” says Prisca, “but I now play more than her.”

Although he may be rather new to the game, he never misses the opportunity to play, practice, and hone his skills. In the last few years, due to the pandemic, he traded out his board for a mouse, embracing the online platform. This proved to be effective for him in that in this way he was able to make new friends and play often with old friends from South Africa who also enjoy the game. Since his journey to NC, he has been able to connect with other students here who may just love the game as much as he does. Although Prisca states that he does not do anything special in order to train, he simply plays whenever, wherever, and with whomever he can.

In the time leading up to the competition Prisca was a bit nervous, but when asked what he does in situations such as that, he just simply stated “I pray.” He went on to say, “God was able to give me the confidence that I needed.” After winning, he was very happy and a little surprised that he had won, but was excited that he had earned a trophy too. “All of the glory goes to God.”

Prisca believes that chess is not just a game, but also a highly important skill. In his opinion, chess “should be made a priority for all schools, classes, and students.” He states that chess should be a game that more people know how to play. “Not everyone is athletically inclined,” he states, “It helps you to compete without needing to be athletic. This challenges your mind, and involves strategy. It is more fun than sports.” He hopes that in the future NC is able to establish a chess club where others can learn to play, and maybe even eventually travel to competitions with him.

Although this was his first official competition, it seems to be a pretty safe bet that this will be far from his last. Congratulations, Prisca on your accomplishments. 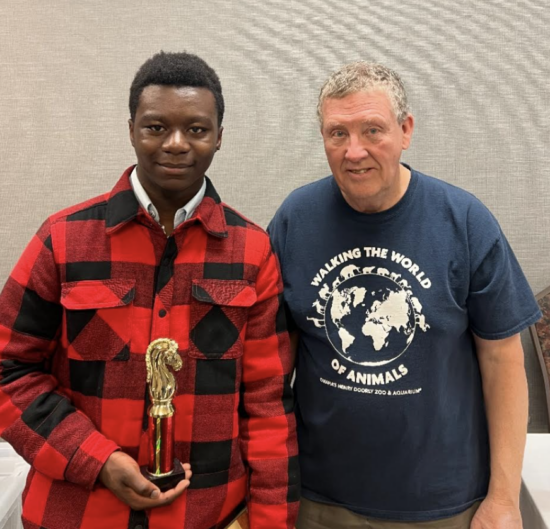