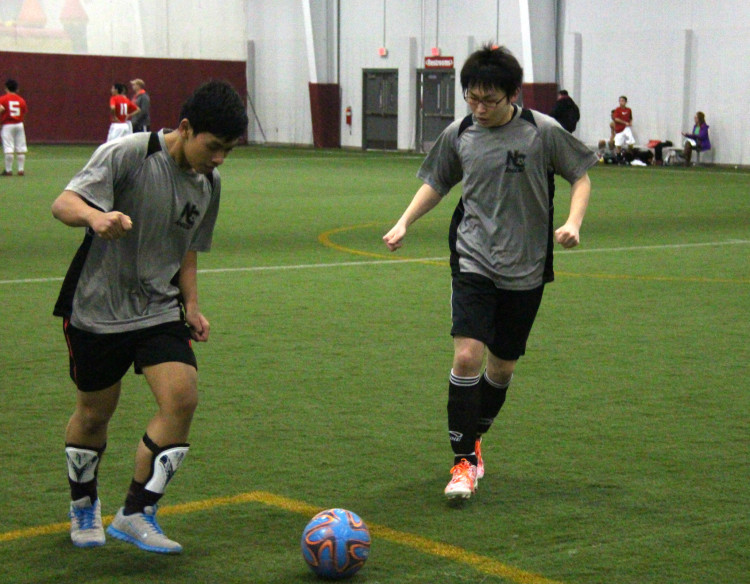 Nebraska Christian Soccer: The Start of Something New

On January 18th, the Eagle soccer team played its first-ever game in a junior high and high school soccer league in Grand Island. This was the first game since the soccer team was formed and is also the first competitive soccer team in the school’s history. Although the team lost three of its first four games, the team members are still very positive and are looking forward to playing their next game. One of the players on the team, Eric Kim, expressed his opinion after the first game, “Everyone showed a pretty good effort, but the result turned out really bad for us. It was a great experience, and we will keep improving as a team to play for God.”

When asked about the process of forming a soccer team, team captain Chihoon Lee responded, “We found a soccer league in order to play actual games in, and during the process, we discussed our options with Mr. Cumpston. We have gotten through the tough part and look where we are now!”

During their practices, the players usually work on stamina and techniques such as passing, dribbling, and shooting skills. They try to focus on the areas that they have the most problems with and are working hard to get better. They are coached by Mark Perry and Lorenzo Santillan.

On February 22nd, the team will compete again in Grand Island. When asked about the attitude toward the upcoming game, Kim and Lee agreed that while they are trying to have fun and enjoy the competition, they also want to improve.