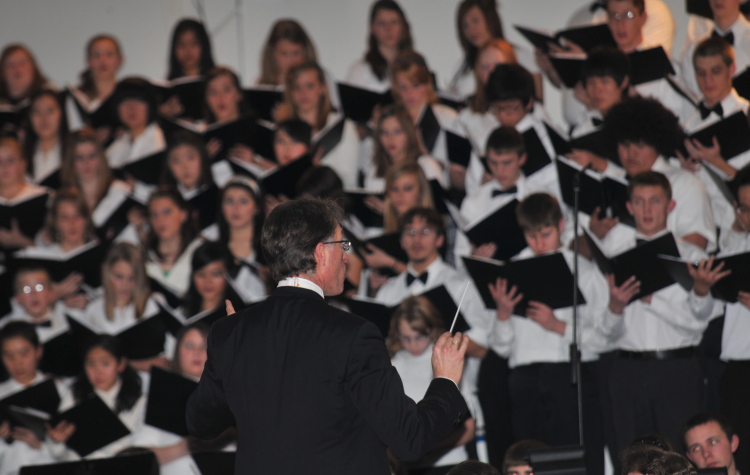 Festival of Lessons and Carols returns to Nebraska Christian Schools

The Festival of Lessons and Carols is returning to Nebraska Christian Schools. Local students and musicians will participate in the 9th Festival at NC, after the program was postponed in 2013. This year’s program, entitled “Believe,” will be presented in the school’s gymnasium on December 12.

Doors open at 5:30 p.m., and courtesy valet parking will be available. The program will begin at 6:15 with a prelude featuring special pieces by the organist, orchestra, and small groups.

The Festival of Lessons and Carols will once again be directed by international conductor Maestro Eric Dale Knapp of New York City.

Linda Sweetman-Waters, a piano soloist, organist, chamber musician, and accompanist, is also returning to perform as part of the concert.

The festival choir will be comprised of 170 voices and includes students from Nebraska Christian, Central City, Palmer, Fullerton, Aurora, and High Plains, as well as area home schools.

Approximately 50 elementary students will be in the Children’s Choir, which will be directed by Mike Flynn, Nebraska Christian music director.

The 45-piece orchestra will include musicians from Hastings College and high school students from Grand Island, Hastings, and Central City.

Mission: Germany
Back to the Blog
Junior High Boys to Participate in Barbershop Workshop