Editor’s note: Over the next few weeks, we’ll be introducing you to our newest staff members. Please join us in praying for them as they adjust to their new positions! The new boy’s dorm mother, Suzhen Franke, was born and grew up in Malaysia. Mrs. Franke received a bachelor’s degree from Nanjing University in China and a master’s degree from Singapore Bible College. Before Mrs.Franke came to NC, she was teaching Mandarin Chinese at Westlake International School in Malaysia. Now at NC, she enjoys preparing healthy snacks and getting to know people. Mrs. Franke lives with her husband and two children: Faith is in 9th grade, and Hope is in 6th grade.

Mrs. Franke has a pagan background; her family used to worship plenty of idols, had a great number of superstitions, and performed various religious ceremonies both in the temple and at home. As time went on, Mrs.Franke often thought about the meaning of life. She asked herself, “If these idols are so great, why do I need to feed them? When bad things happened, she thought it was because they hadn’t been feeding them well enough, which was crazy. She liked to think about creation; when she looked at nature and learned about the vast universe, she realized it did not happen without a Creator–God. Twenty eight years ago, when she was a teenager, in God’s timing, her older sister became a Christian at college and shared her faith excitedly to Mrs. Franke and encouraged her to read the Bible. Through reading Scriptures, Mrs. Franke says, “I understood there is meaning for this life, and I realized that I was born as a sinner and needed a Savior. My heart was freed and it felt like a chain fell off. There is hope for a sinner to approach something immortal, something that will last forever; because of the blood of Christ, all things are possible for him to cleanse my iniquity.” 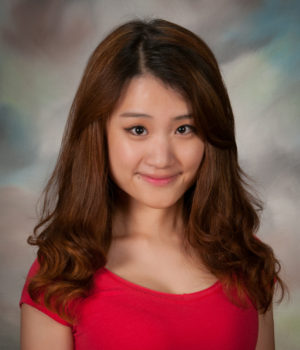 Corina Ge is a member of the class of 2017. She is from Taiyuan, China.

Teacher Feature: Sarah Swanson
Back to the Blog
2016 Football Preview