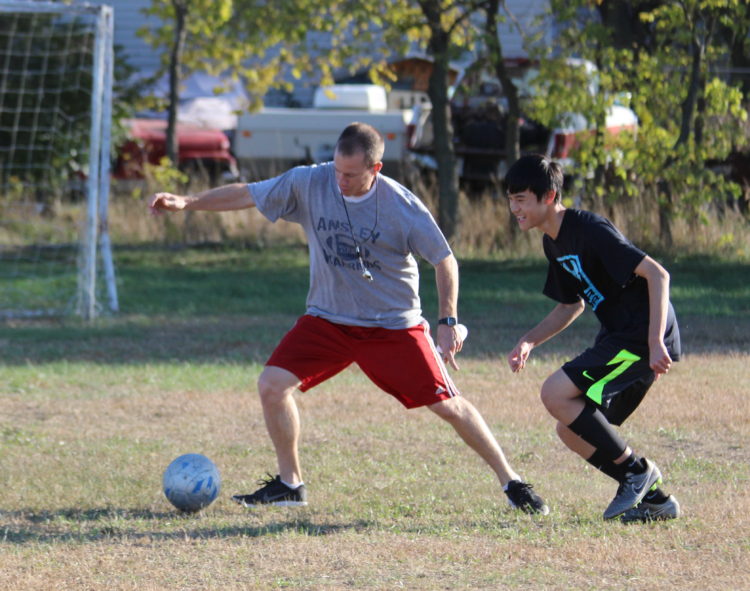 Soccer Team Has Best Season Yet

Posted by Brad Hilderbrand on December 23, 2016

Of the season, Coach Mankin said, “I am very thankful the Lord gave us this season! I really enjoyed coaching this group of guys this year. They responded well to teaching and grew a lot this year as soccer players and as a soccer team. Practicing outside in the cold weather late in the season helped to strengthen us on the game field. My favorite part was walking through the ups and downs of the season with the guys; they handled them very well.”

As the team looks forward to the future, Mankin has a few specific goals: he wants the team to work more on controlling the ball, making quick and accurate passes, and developing continuity. With the momentum gained by the 2016 team, the 2017 team is sure to succeed.

Pictured Above: Coach Clay Mankin and Sam Qu demonstrate a drill during practice.