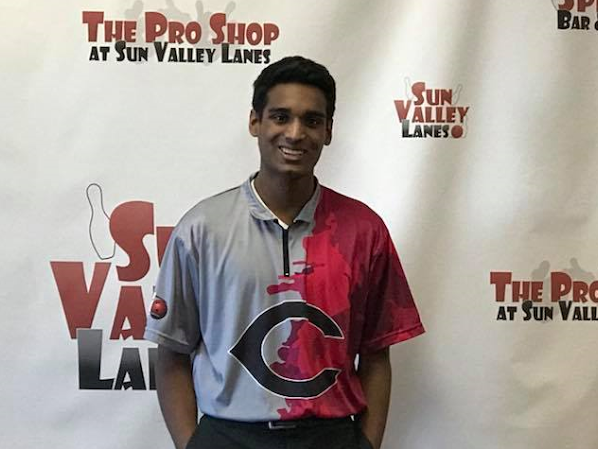 Senior Landon Barcel found a new hobby almost by accident. In sixth grade, Landon’s mother told him he needed to find some extracurricular activity in which to participate while he was getting ready to enter the world of junior high and high school. Landon chose bowling. He had no idea that this would become his favorite pastime, but later that year, Landon joined a league in Columbus and has been bowling ever since. Now he participates in the Nebraska High School Bowling Federation (NHSBF) on the Columbus team with other high schoolers.

The Columbus team recently qualified for the State Tournament which was held in Lincoln on December 9th-10th. Landon helped his team reach the finals to take on Lincoln Northeast. Unfortunately, Columbus was not able to take down Northeast, but Landon was named the 5th best bowler in the whole Class A tournament. Landon referred to that moment as his favorite memory in his bowling career.

Landon’s success is made sweeter by the fact that just over a year ago, he was in a bad car accident that kept him away from bowling for more than three months. He’s made a full recovery and is now bowling better than ever.

Landon is hoping to continue bowling in college at either Midland College, Hastings College, or Wichita State University. He finds time to practice almost every day after school and on the weekends. His best game ever was a 288, which is just 12 pins away from a perfect game. Landon continues to bowl in a league in Columbus on Monday nights and plays in two other leagues during the summer. “It’s an individual sport and a great opportunity to make friends and I feel like I am well-respected in game,” Landon said. So if you are ever looking for Landon, there is a good chance you will find him at a local bowling alley.

Note: We profiled Landon two years ago when he was a sophomore. You can see that article here.