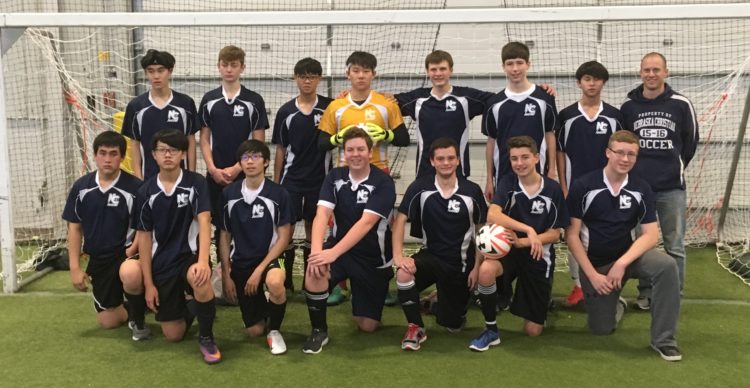 The 2018 boys club soccer team, coached by Mr. Clay Mankin, had many new faces. After the previous season, the team lost one senior, Rocky Wang. Wang played the striker position and was a major weapon last year. New striker Jai Wu from Thailand stepped up to replace Wang. The 2018 NC soccer team consists of 14 players: 7 Americans, 4 Chinese, 2 Thai, and 1 Vietnamese. At the beginning of the season, striker Sam Qu said, “We have many players coming out for soccer this year, and the team is made up of players from different countries. I really enjoy and am glad to play with them this year. We will play aggressively and strong as one against other teams.”

The soccer team played on Saturdays at Grand Island Community Fieldhouse. The boys soccer team had couple close games, such as their first game against Aurora Junior Varsity, which ended with a 2-1 loss. Even though they didn’t win a game this season, they still gave all-out effort to play their best in every game and work hard in every practice. During the season, goalkeeper Barry Zhang said, “It is going to be a tough year for us. We need to practice with all effort and game speed in order to play what we expect in games.”

The season ended with no wins, but the team learned a lot. With the leadership of four seniors, they gave their best performance in their games; moreover, many of the younger players are looking forward to next year. 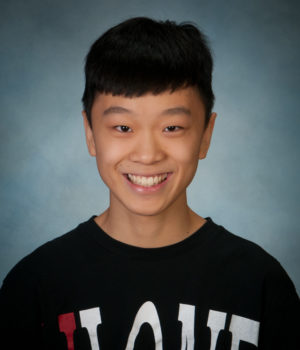 Kevin Yu is a member of the class of 2019. He has been studying at NC for four years. He is an international student from China and lives in the dorm at NC now.