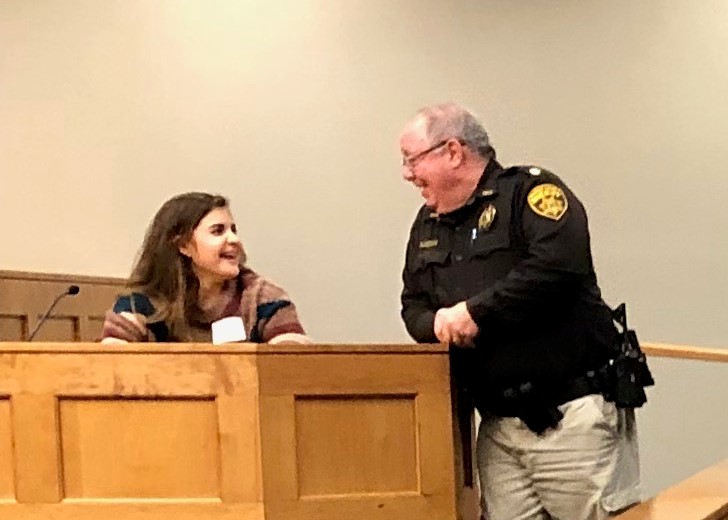 On Thursday, December 6th, the entire NC junior class, along with American History teacher Carl Ostrand, loaded onto the bus and set out for County Government Day at the Merrick County Courthouse. When asked why he takes the American History class to County Government Day, Ostrand said, “[This] day is a very good opportunity for our students to be educated about their local government and begin taking an active role in their community, along with possibly exposing them to careers they had never considered before.”

County Government Day is put on by the UNL extension office to better educate students on their local government, and students from NC, Central City, and Palmer participated in the day. Their day was filled with extensive information about how different county offices work, as well as a mock trial, a mock board of supervisors meeting, and a tour of the county jail and courthouse.

The juniors played trivia games, filled out surveys and played the roles of important county officials such as the district attorney and the chairman of the board of supervisors.

“Touring the jail was really cool, and listening to the deputy chief talk about his experience in law enforcement was also really interesting,” said Garrett Swantek.

County Government day proved to be a very beneficial time for the juniors and will definitely provide them with a foundation when they take American Government as seniors.

Top Photo: Steph Strobel talks with chief deputy Pat Benson of the Merrick County Sheriff’s Office during the mock trial. Strobel was assigned the role of a witness in a possession of a controlled substance scenario.