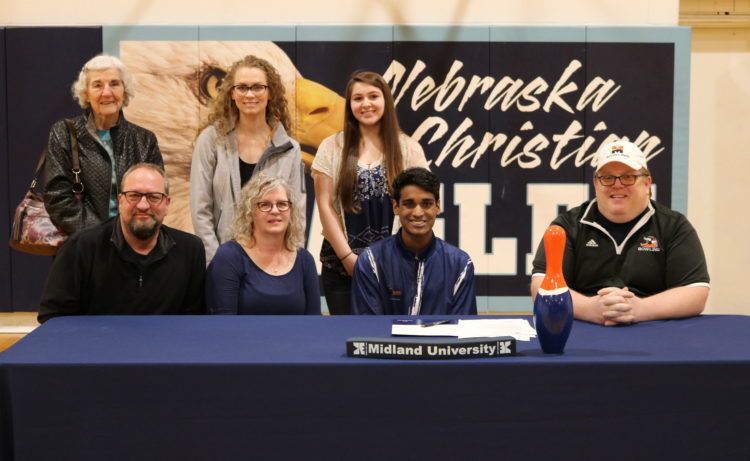 Barcel to Bowl for Midland

Senior Landon Barcel recently signed a letter of intent to bowl at Midland University in Fremont. Barcel said he chose Midland in part because of the family-like atmosphere of the team. “When I visited, I ate lunch with the team, and I really liked them. The coach said the team members are truly friends and hang out outside of bowling, too.” He received an offer from Midland after attending a recruiting tournament there, where all aspects of a bowler’s game–including skill, attitude, and ability to adjust during a game–were evaluated. He plans to study business management and entrepreneurship at Midland.

Barcel was a member of the Nebraska High School Bowling Federation’s Class A state runner-up Columbus team in December 2017, and he placed 5th in Class A singles at the tournament.